Walden Pond and the surrounding ecosystem inspired Thoreau, and his writing led to the modern conservation movement and environmental stewardship ethic.

Explore some of the interesting natural features that Thoreau knew and loved, and learn what The Walden Woods Project has accomplished in protecting Walden Woods for future generations.

Click a label for more information. Click and drag to scroll. Zoom in to separate overlapping labels. 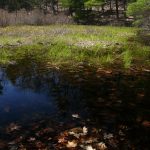 About: The Andromeda Ponds are a beautiful string of three glacial kettle ponds fed by groundwater originating in Walden Pond. These ponds afford rich wildlife habitat surrounded by Adams Woods, conservation land in Concord, MA. The Andromeda Ponds were the … Read more 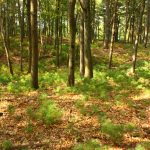 Located one half-mile west of Walden Pond, this forested tract that is part of the Fairhaven Hill area was one of Thoreau’s favorite places in Walden Woods. It was the first site protected by The Walden Woods Project, purchased from a … Read more 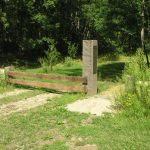 About Brister’s Hill is a few hundred feet from Walden Pond, and was one of Henry David Thoreau’s study sites later in his life. In the late 1980s, a large commercial development was proposed on Brister’s Hill that was such … Read more 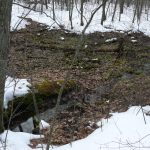 About Brister’s Spring is one of two springs believe to be fed by Walden Pond. It feeds nearby Fairyland Pond in Concord’s Hapgood-Wright Town Forest. The spring lies along the Bay Circuit Trail and the town’s Emerson-Thoreau Amble. History Brister’s … Read more 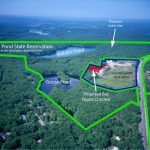 About The Concord Landfill opened in 1959 with little opposition, drastically changing the landscape of Walden Woods. The landfill was placed where The Cold Hollows and Little Goose Pond used to sit. Excess nutrients from the landfill have in the … Read more 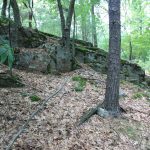 About By the Pond Path and in the heart of Walden Woods exists Emerson’s Cliff. Emerson’s Cliff overlooks Walden Pond from the south. Named by Thoreau, this peak was once considered by Ralph Waldo Emerson as a site for his … Read more 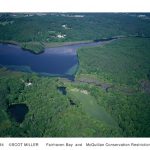 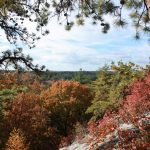 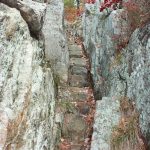 About Near Bear Garden Hill and the Boiling Spring, the beautiful Fairhaven Hill was one of Thoreau’s favorite destinations and is often referred to in his writings. Thoreau would often travel to Fairhaven Hill to pick huckleberry. Preservation Fairhaven Hill … Read more 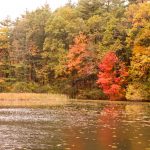 About A beautiful, impounded pond, today it is a favorite destination for local school groups on biology and history expeditions, as it was for many of Thoreau’s own outings with school children. Fairyland Pond is located on Concord Town Forest … Read more 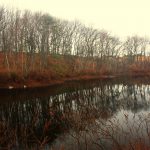 About Goose Pond is a beautiful kettle pond that is a part of the Walden Pond State Reservation. The property around Goose Pond can be explored on a trail from the parking lot. Goose Pond is the subject of some … Read more 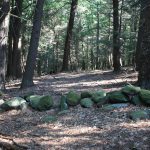 About At the south-westernmost point of Walden Woods exists Mount Misery. This was a place Thoreau visited occasionally, where he paid much attention to the regeneration of forest trees. To the west of Mount Misery is the Sudbury River while … Read more 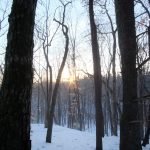 About Pine Hill is a large tract of land near the Thoreau Institute at Walden Woods. Much of it is preserved by the Town of Lincoln and Lincoln Land Conservation Trust for passive recreation. It was one of Thoreau’s favorite … Read more 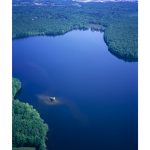 About Sandy Pond, also known as Flint’s Pond, is the primary water supply for the Town of Lincoln. This was the site of Thoreau’s first sojourn to the woods around 1837 where Thoreau lived in a cabin with his Harvard … Read more

About The Boiling Spring at Bear Garden Hill was Concord’s coldest and most popular spring from colonial days and a literary symbol for the Transcendentalists. It was so named because it bubbled as it oozed from the earth. Thoreau considered … Read more

About The Walden Woods Project’s headquarters is a center for research and education focusing on Thoreau’s literary achievements, philosophy and his influence on the environmental and social movements of the 20th and 21st centuries. The campus comprises three primary structures … Read more 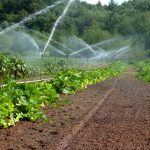 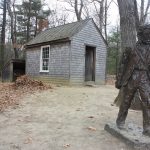 About The location of Thoreau’s cabin was discovered by archaeologist Roland Robbins in 1945, nearly 100 years after Thoreau left Walden Pond. In addition to the discovery of the original hearth stone, a number of artifacts from Thoreau’s stay were … Read more 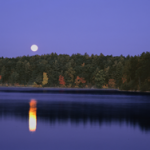 About Walden Pond is the centerpiece of Thoreau’s Walden Woods and is the focus of Thoreau’s most famous piece: Walden. It is owned and managed by the Massachusetts Department of Conservation and Recreation, and sees nearly 600,000 visitors every year. … Read more

There are odors enough in nature to remind you of everything if you had lost every sense but smell.—Journal, 6 May 1852