As I look out at the melting snow here in Walden Woods, I am reminded that spring is just around the corner – and so is The Walden Woods Project’s 25th anniversary. It’s hard to believe that on April 25th, our organization will celebrate a quarter century of protecting the land, literature and legacy of Henry David Thoreau. We’ve come a long way since the early days of 1990 when we were faced with the prospects of a major office building and a large condominium complex being built in Walden Woods.

Fortunately, The Walden Woods Project succeeded in preventing such a devastating outcome and in permanently protecting both of the once endangered sites. We have gone on to preserve nearly 170 acres in and around Thoreau’s woods – and we are still protecting threatened land. On average, we make a land acquisition every year – and we need your support to enable us to continue our important work to ensure that this iconic landscape will remain intact for generations to come.

In 1998 and beyond, we expanded our mission to include educational programs for students, professional development seminars for teachers, public lectures, on-site presentations for visitors, Skype sessions for classrooms — and we manage the most important Thoreau research library in the world. More recently, we began operating a farm in Walden Woods, working with the MA Department of Conservation and Recreation on designing exhibits for the new Walden Pond Visitors Center, and we are developing an exciting new program for elementary school children.

Fundamental to our mission is protecting the land that inspired Thoreau and fostering an ethic of environmental stewardship and social responsibility with the programs we deliver to people of all ages. As we approach this milestone in our organization’s evolution and growth, we ask you to please consider making a generous gift to The Walden Woods Project – not only in celebration of 25 successful years, but to ensure that we keep Thoreau’s legacy alive for years to come.

Thank you for your support.

SPECIAL SCREENING OF “WILDERNESS IN AMERICA”

Join us on Thursday, April 23rd, for a special screening of a new film by Fulcrum entitled “Wilderness in America: From Conquest to Conservation.” It chronicles the evolution of wilderness preservation in America over four centuries that ultimately led to the protection of 110 million acres. 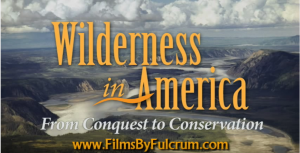 The 55-minute film will be introduced by Robert C. Baron, Chairman of Fulcrum, a book publishing company in Colorado that distributes quality books to an international market. Mr. Baron has more than 25 years of experience in the computer and electronics industry. In 1971, he founded Prime Computer. He is the author or editor of twenty-five books and has been Chairman of the Board of the International Wilderness Leadership Foundation and the American Antiquarian Society. He was Vice Chairman of the Board of Directors of the Massachusetts Audubon Society, and a trustee of the Lincoln Filene Center of Tufts University.

The film will be shown at The Walden Woods Project’s Thoreau Institute; 44 Baker Farm Rd.; Lincoln, MA. Admission is free but please reserve your seating by calling (781) 259-4707. A wine and cheese reception, sponsored by The Cheese Shop of Concord, will be held at 7 p.m. followed at 7:30 p.m. by Mr. Baron’s remarks and the film screening. This is one of several events in 2015 celebrating The Walden Woods Project’s 25th anniversary year.

THE FARM AT WALDEN WOODS IS COMPLETED WITH A NEW LAND ACQUISITION! 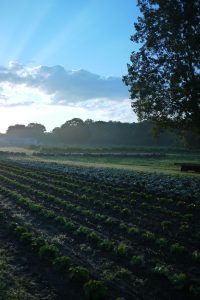 With the purchase of a three acre parcel of land along with two small houses and outbuildings, The Walden Woods Project completed its final acquisition for The Farm at Walden Woods. The farm totals 15 acres and is located at the western perimeter of Walden Woods along Route 2 in Concord, MA. It is adjacent to Bear Garden Hill, a 43 acre parcel of conservation land we steward. Our organization has operated the farm and a farm stand for the past seven seasons, helping to keep the region’s agricultural history intact.

The Farm at Walden Woods, once threatened with commercial development, has become an important source of locally-grown produce. This latest acquisition reunites the original farm buildings with the fields and creates new opportunities for educational programming on site. The additional acreage and infrastructure also affords us more space for crops, housing for farm staff, a composting area and improved traffic flow/parking for visitors/patrons.

The farm stand will reopen for the 2015 season in late June. 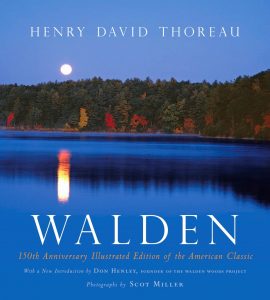 All true greatness runs as level a course, and is as unaspiring, as the plow in the furrow. It wears the homeliest dress and speaks the homeliest language.—Journal, 29 December 1841