Ali Taghdarreh had never left his country of Iran until 2015. As the first translator of Walden into Farsi (Persian) it had been his dream to stand on the shores of Walden Pond. This was made a reality in July 2015 when, through the efforts of friends, Ali got to see America, and America (or at least a small group of Americans) got to see Ali when he gave a talk here at The Walden Woods Project. 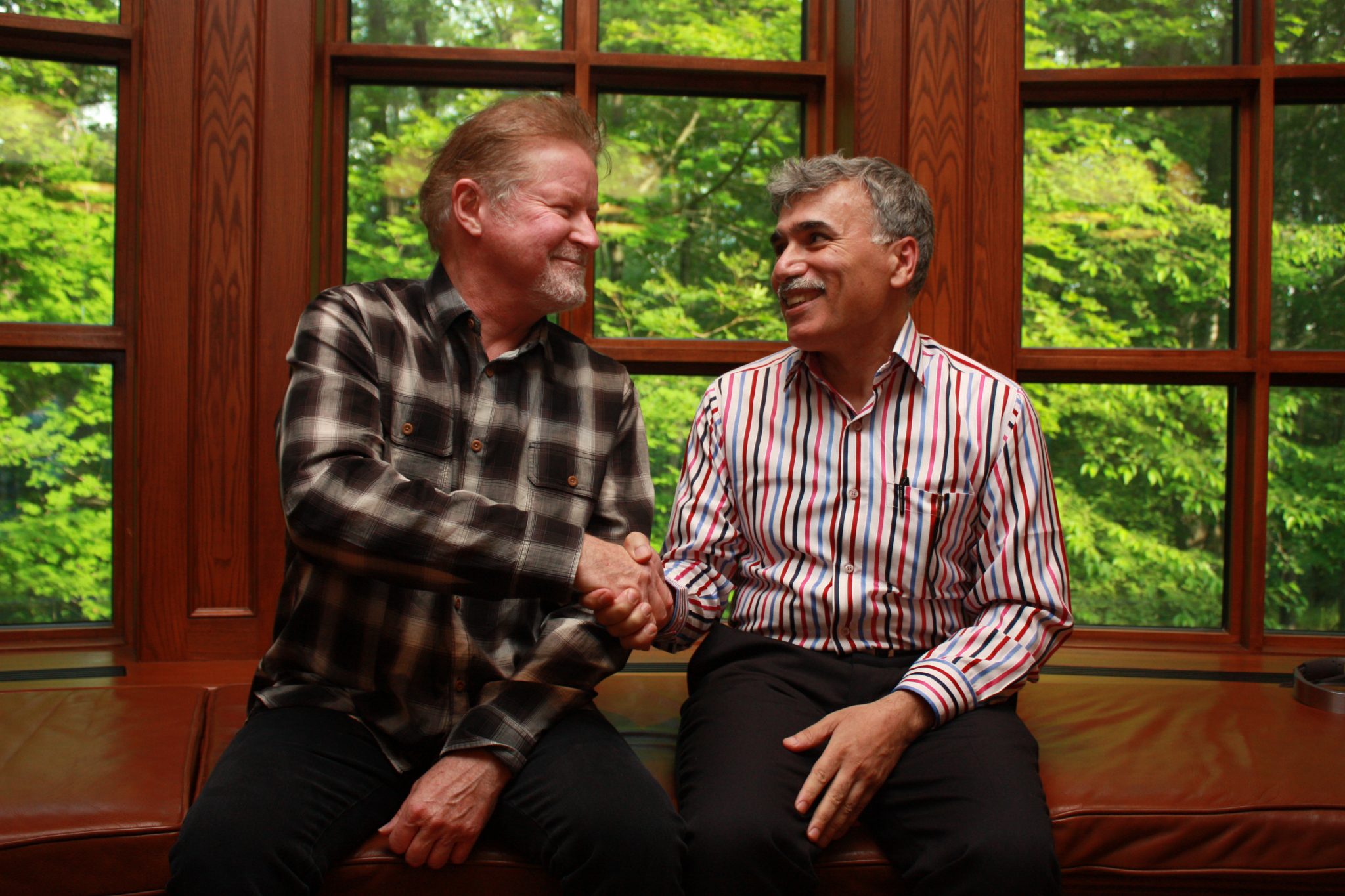 Ali was introduced by The Walden Woods Project founder, Don Henley, who said, “The thoughts and words of Henry David Thoreau have reached across the centuries, across the oceans, across geographic, cultural and political boundaries to bring a remarkable man here to us… Ali believes that our poets are the roads, the bridges, the windows and doors that open our worlds to each other-and that Walden is the revival of many lost values.”

During his talk Ali said: “Each personal disaster is a universal disaster. Each individual victory is a victory for the whole of humanity… I have never reviewed Thoreau’s experience at Walden Pond as the solitary act of a hermit who brushed the world aside in favor of his own solitude.” Ali conveyed the importance of being part of the world’s family and how it was the friendships he made with Americans that sustained him in his decade-long effort to translate Walden into Farsi. The Walden Woods Project was honored that the edition Ali chose to translate was that edited by our Curator of Collections, Jeffrey S. Cramer.

Ali’s talk occurred shortly after the signing of the agreement between the American-European-Chinese-Russian negotiating team and Iran on Iran’s nuclear programs. As James Fallows noted in The Atlantic Monthly: “Although the substance of the talk was purely literary and cultural, the timing gave special resonance to Ali’s emphasis on the appeal he thought this classic American work would have to an Iranian audience.”

This was an exceptional evening for all who got to hear and meet Ali, poet, translator and cultural ambassador. Ali spoke with passion and insight about his personal connections with Thoreau’s writings, his reasons for translating Walden, and the delight of discovering Persian poetry quoted in the works of this 19th century Transcendentalist. Thoreau could not have asked for a better or more sympathetic reader of his words nor, a better translator to bring his words to the other side of the world.

A video of Ali’s talk is available here.

The senses both of hearing and smelling are more alert. We hear the tinkling of rills which we never detected before.—Cape Cod