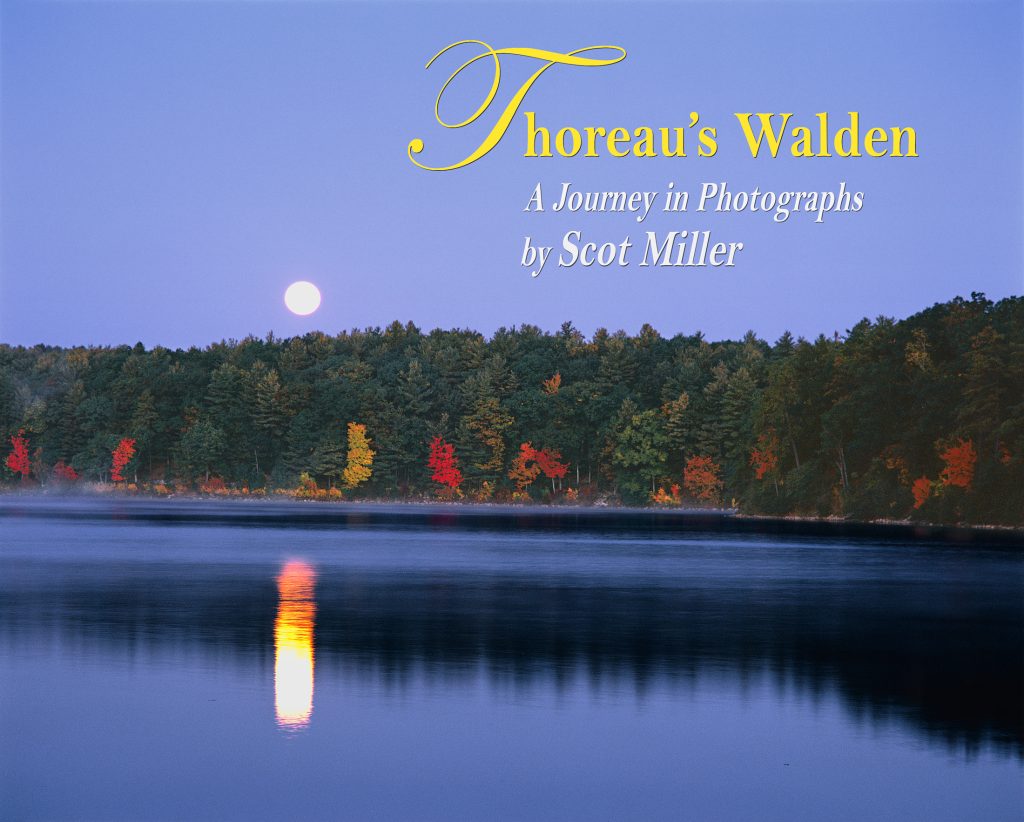 “Friends of Walden Pond” (FOWP).  The WWP is the official FOWP group as designated by the Commonwealth of Massachusetts.  In this capacity, WWP collaborates with the MA Department of Conservation and Recreation on educational programming, interpretation, conservation initiatives and fundraising for Walden Pond State Reservation.

The fundraiser, held at the Walden Pond State Reservation Visitor Center, celebrated the opening of an exhibit of Scot Miller’s stunning photographic images of Walden Pond and Walden Woods.  Scot was on hand to share his experiences in photographing Walden through the years.  His award-winning photography has formed the basis of numerous books.  He is a frequent contributor to the “Moment in Nature” videos, broadcast nationally on CBS Sunday Morning.

The exhibition features photographs from Miller’s Walden –150th Anniversary Illustrated Edition of the American Classic, first published in 2004 as a special anniversary edition and re-released in 2015 by Houghton MifflinHarcourt.  The book is beautifully illustrated with Scot’s spectacular color photographs that capture Walden as vividly in images as Thoreau captured it in words.

Copies of Scot Miller’s prints may be purchased at www.suntomoon.com and his books and cards can be purchased in our shop.

The Walden Woods Project acknowledges with deep gratitude the following businesses and individuals for their generous sponsorship of the Friends of Walden Pond fundraiser: