Robert J. Galvin was born in 1938 in New Haven, Connecticut to Herman and Freda (Helfand) Galvin. His father founded and conducted a multi-state distribution business. His mother was a homemaker and longtime volunteer at Yale-New Haven Hospital.

In 1957 Bob graduated from Hopkins School, a 360 years old college preparatory school in New Haven, and in 1961 from Union College in Schenectady, New York. At Union he was Editor-in-Chief of Concordiensis, the college newspaper, and a member of Kappa Nu fraternity. During his time as editor, Bob printed news and opinions with which the Student Council disagreed. To punish Bob they cut off the funding for the newspaper, but the Albany Times-Union printed and distributed the school newspaper, with the result that the circulation of Concordiensis increased from 1,500 to more than 50,000. This experience led to Bob’s lifelong love of newspapers and the principle of freedom of the press. To the end of his life Bob received and read three newspapers every day: The Boston Globe, The New York Times, and The Wall Street Journal.

In 1967 Bob graduated from Suffolk University Law School. He was a shareholder/director of the Boston law firm of Davis, Malm & D’Agostine. He was an expert in real estate law, particularly the law of condominiums and cooperatives, and commercial landlord-tenant law. Bob was a member of the American, Massachusetts and Boston Bar Associations, and lectured, taught and wrote widely in his field. He created scores of residential, mixed-use, retail and industrial condominiums. He was editor and co-author of Massachusetts Condominium Law, the standard textbook for lawyers and judges in the field. He wrote the chapter on condominiums for Crocker’s Notes on Common Forms, another standard text.

He had a scholarly interest in the philosophy and writings of Henry David Thoreau. Bob’s license plate read THORO. Bob was an elected fellow of the Massachusetts Historical Society, a life member of the Museum of Fine Arts, the Boston Athenaeum and the Thoreau Society. He served for twenty-five years on the board of directors of the Boston Center for Adult Education (BCAE), four years as its president. Bob served for ten years on the board of the Thoreau Society, four as its vice president. He served for thirty years as president of the Beech Hill Foundation, Inc. Bob served on the investment committees of the BCAE, the Thoreau Society, and for his law firm. 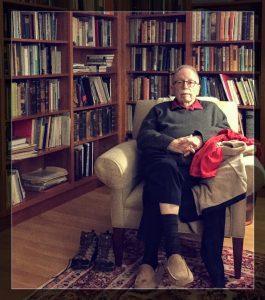 Bob was an enthusiastic reader who read widely, but he particularly loved reading books by and about both Thoreau and Winston Churchill. Bob’s “‘Elementary My Dear Channing!’: Sherlock Holmes and Henry David Thoreau” was published in the Thoreau Society Bulletin (Winter 1999).

He treasured his many trips to the United Kingdom. In 2012 he studied law at Oxford University, and in 2015 he attended the 800th anniversary of the sealing of the Magna Carta at Runnymede. In his younger days, Bob skied during the winter, and sailed his boat Concordiensis in the summer. During his time at Union College, Bob earned his airplane pilot license.

The mass of men are very easily imposed on. They have their runways in which they always travel, and are sure to fall into any pit or box-trap set therein.—Journal, 28 November 1860