The world is never done catching up with Henry David Thoreau. A prophet of environmentalism and vegetarianism, an abolitionist, and a critic of materialism and technology, Thoreau even seems to have anticipated a world of social distancing in his famous experiment at Walden Pond. In Now Comes Good Sailing (Princeton University Press), twenty-seven of today’s leading writers offer wide-ranging original pieces exploring how Thoreau has influenced and inspired them—and why he matters more than ever in an age of climate, racial, and technological reckoning. Join The Walden Woods Project, contributors, and the editor for a lively discussion about the collection, their individual essays, and how Thoreau continues to move, challenge, and provoke readers today. 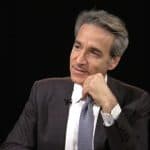 Andrew Blauner is a literary agent and the editor of seven previous anthologies, including Coach: 25 Writers Reflect on People Who Made a Difference, The Peanuts Papers: Writers and Cartoonists on Charlie Brown, Snoopy & the Gang, and the Meaning of Life, and In Their Lives: Great Writers on Great Beatles Songs.

Zoë Pollak is a doctoral candidate in English and Comparative Literature at Columbia University. Her writing has appeared in AGNI and Women’s Studies, and is forthcoming in the Hopkins Review and Sonnets from the American: An Anthology of Poems and Essays. 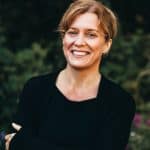 Michelle Nijhuis is a project editor for the Atlantic and a longtime contributing editor for High Country News, is the author of Beloved Beasts: Fighting for Life in an Age of Extinction. After fifteen years off the electrical grid in rural Colorado, she and her family now live in southwestern Washington. 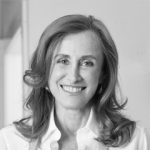 Mona Simpson is the author of six novels, including the Whiting Award–winning Anywhere but Here. Her other works include The Lost Father, A Regular Guy, and My Hollywood. 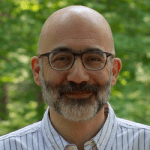 Jeffrey S. Cramer (moderator) is The WWP Curator of Collections and resident Thoreau scholar.  Jeff’s works include I to Myself: An Annotated Selection from the Journal of Henry D. Thoreau, The Portable Thoreau, Solid Seasons; The Friendship of Henry David Thoreau and Ralph Waldo Emerson, among others.  He is a winner of a National Outdoor Book Award and a co-winner of the Boston Authors Club’s Julia Ward Howe Special Award.

A man is not to be measured by the virtue of his described actions or the wisdom of his expressed thoughts merely, but by that free character he is, and is felt to be, under all circumstances.—"Sir Walter Raleigh"