This year’s award will be presented to Ed Begley Jr. and Rachelle Carson-Begley. 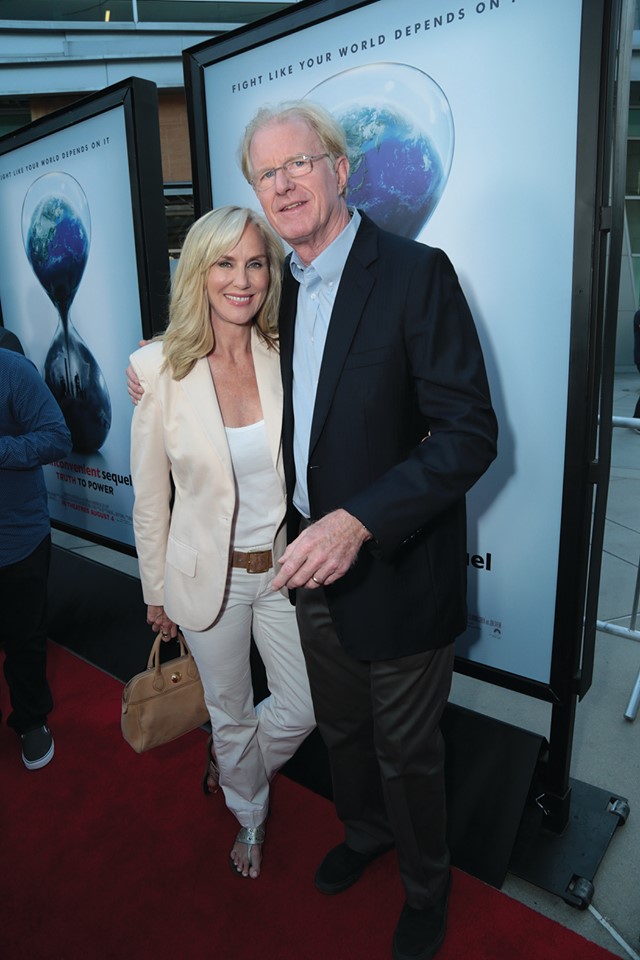 Ed Begley Jr. is the living definition of the word “environmentalist.” His lifelong commitment to protect the planet is legendary, from being one of the first to drive an electric car, to the design and construction of a net zero, solar-powered home he shares with his wife, Rachelle Carson-Begley. Well before the threat of climate change went mainstream, or recycling became a household word, Ed was a passionate advocate and spokesperson on behalf of the natural environment. Currently, Ed and Rachelle host a ‘living green’ podcast, called Begleyesque. The show features celebrities and green technology experts in conversations with the Begleys and includes a question-and-answer segment on the show’s topics from audience members. The ultimate goal is saving the planet, one person or household at a time.

Ed became widely known for his acclaimed portrayal of Dr. Victor Ehrlich on the long-running hit television series St. Elsewhere, for which he received six Emmy nominations. More recently, he was cast in Book Club with Diane Keaton, Candice Bergen, Mary Steenbergen and Jane Fonda; Ghostbusters with Kristen wiig and Melissa McCarthy; and a number of Christopher guest films, such as Mascots, A Mighty Wind, Best in Show and For Your Consideration. He has also appeared in the Seth Rogan/Judd Apatow film Pineapple Express. On television, Ed can be seen on ABC’s new comedy Bless This Mess with Lake Bell and Dax Shepard.

Rachelle Carson-Begley is one of the most recognized and respected environmentalists in the entertainment industry. She co-starred in the highly successful reality series, Living With Ed, shown on HgTV and Discovery’s Planet Green. Recently, the Begleys completed the construction of their new Platinum leeD certified home, which she documented in two web series — One Begley Street and Our Green Home.

One of Rachelle’s first acting jobs was a recurring role on the nighttime soap, Falcon Crest. She worked in theater, starting out at the prestigious Williamstown Theater Festival in Williamstown, Massachusetts, for two seasons before moving to the West Coast, where she has worked consistently in film, TV, and theater for 34 years. She will soon be seen in the upcoming film, Plus One, with her husband, Ed Begley Jr., and currently is developing a new show about the environment and, of course, living with Ed.

Buy online or you can call 781-259-4700 or email wwproject@walden.org for reservations.

If you’d like to stay at the Boston Park Plaza, there’s a block of rooms for Walden Woods Project guests. Room block reservations end August 7, 2019, @ 5:00pm. For more information and to make your reservation click here.

But most men do not know what a house is, and the mass are actually poor all their days because they think they must have such an one as their neighbor's.—Journal, 23 August 1845