Where: The Walden Pond State Reservation

In 1845 Henry David Thoreau moved to Walden Pond to begin his two-year experiment in simple living in a small, one-room house that he built himself. Thoreau also planted and maintained a garden of “two acres and a half of light and sandy soil” in which he grew beans. Thoreau left the Pond in 1847 and died in 1862; throughout the 19th and into the 20th Century, the exact location of his beanfield was either forgotten by local historians or the site was misidentified.  It wasn’t until the 1990s that historian Bradley Dean identified the exact location of the beanfield.

Join The Walden Woods Project ( The Friends of Walden Pond) for an interpretive walk to the beanfield with historian Richard Smith and biologist Dr. Amity Wilczek. The first half of the walk will cover Thoreau’s experiences at the field and the history of the beanfield both during and after Thoreau’s time. The second half will cover the biological and botanical history of the beanfield; how it looked when Thoreau was there and how it’s changed since then, including the plants that Thoreau would and would not be familiar with, including invasives. 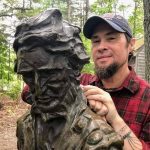 Richard Smith has lectured on and written about antebellum United States and 19th-Century American history and literature since 1995. He has worked as a public historian in Concord, Massachusetts for 22 years, specializing in Henry David Thoreau, the Transcendentalists, the Anti-Slavery movement and the Civil War. As a Living History Interpreter, he has portrayed Henry Thoreau at Walden Pond and around the country since 1999. In addition, Richard has been a tour guide for the Concord Tour Company for ten years. He has written six books, including two about Henry Thoreau, for Applewood Books. 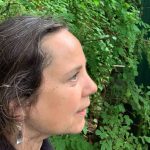 Dr. Amity Wilczek is an evolutionary ecologist whose role as an educator and researcher has been shaped by attention to place, history, and student experience. Her teaching career started at Harvard and Brown before transitioning to Deep Springs College, where over 10 years she served as Herbert Reich Chair of Natural Sciences, Academic Dean, and Vice President. Her work on plant responses to changing environments has appeared in Science, PNAS, Ecology, American Naturalist, and Philosophical Transactions of the Royal Society.  Amity currently lives in Concord, Massachusetts and serves as trail steward of the Emerson-Thoreau Amble for the town.

Even music is wont to be intoxicating.—Journal, 19 September 1850