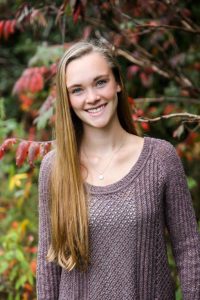 We sat in a dilapidated square, curling our young bodies around the pointed edges of the board game. This was when my father had hair, my mother was undiagnosed, and my sister and I knew nothing more than worlds fabricated by cardboard and plastic. It was my sister’s turn. She rolled the dice and collected six apples. Then it was mine. I rolled, and I was forced to dump my bucket. The shiny, plastic fruits rolled over the board game, my hard work slipping just out of reach. I turned around as my bucket dumped and saw the same shiny, red apples on the TV screen gingerly plucked out of the highest branch as if it wanted to fall into the character’s hand. Because of these influences, the board game and the television, I grew up with a manufactured idea of apples. I learned that apples will fall into my hand and that they will taste juicy like peaches.

Meanwhile, I daydreamed about the future. I crafted goals for myself, glamorous and materialistic, in which I got all the reward for little work. I would cure cancer. I would publish my first book by my twelfth birthday. I would be a three-sport athlete in high school, all while performing on stage. I imagined that my goals would fall into my hand and that they would taste juicy like peaches.

Then we got an apple tree. It was planted in the back where the willow tree died; we hoped it would put up a stronger fight against the infertile soil that killed its predecessor. We planted a twin next to it. Together, they pollinated and grew, and within a year, we had apples, but they were not shiny and plastic. They had bruises so we made into pies.

My sister and I were responsible for gathering the apples. She was 7 and I 10, and hunting for undented apples became a much-needed distraction. When our mother was diagnosed with multiple sclerosis, my dream of curing cancer shifted to curing MS. My dream of being an author seemed unlikely and my singing voice was scratchy. In the confines of my imagination, these dreams appeared to fall into our hands, the apples of our board game or the television screen rather than the apples that we spent every day tending to, only to make pies to disguise their bruises.

When I was 15, one of my two apple trees was suffocated by the soil, poisoned from the ground up, but the other tree stood solidly in the same soil that claimed its twin. Somehow, even without its counterpart, my apple tree bore fruit. The soil made the tree stronger. When we moved in the summer of 2015, it waved goodbye to me as I set out into the real world, ready to make pie after pie until I found the courage to embrace the bruises on my goals, the blemishes that make them unique.

A year after leaving my apple tree, I read Thoreau’s journal entries in an English class, and his words brought me back to the aspirations I cultivated when I gathered apples from my tree. Since moving, since parting from my apple tree, I started to accomplish these goals. I became a published author. I began an internship in a microbiology lab that focused on genetic disorders. I even auditioned for the school play and encouraged my sister to do the same. Despite the hardship, the number of dice I had to roll before my bucket was full, the number of pies I made out of bruised apples, the number of trees my soil killed before one survived, despite it all, my tree bore fruit. Bruised fruit, beaten by my passion and cultivated into something so much brighter than shiny, so much stronger than plastic, and so much sweeter than peaches.

Almost the very sands confess the ripening influence of the August sun, and methinks, together with the slender grasses waving over them, reflect a purple tinge.—"Autumnal Tints"