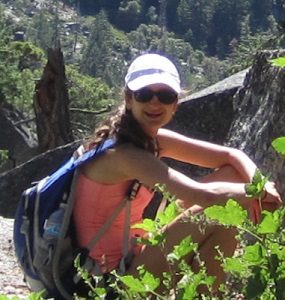 When I learned that my soccer teammate, classmate, and friend, Jesi, had leukemia, chills raced up my back.

How could I make her better? Surely I could reason out a plan, find the missing piece in the jigsaw puzzle that would help. Frantically, I dashed through a maze of thoughts inside my head but kept crashing into dead-ends.

For the first time, I faced a situation that I couldn’t solve. “The best doctors are treating her,” my mom reassured me. But somehow, hearing that made me fall apart all the more inside; I felt that there must be something I could do to help.

I turned to our friends, who I knew cared as much as I did, but many of them seemed to be ignoring the situation. No one spoke of her absence on the soccer field. Others avoided the topic completely, perhaps out of fear. My friend, “Kate”, one of Jesi’s closest friends before her diagnosis, was never able to muster up the courage to visit Jesi in the hospital. But I couldn’t ignore Jesi. If she could be brave enough to battle cancer, then surely I could be brave enough to at least try to help her. So I did the only thing I could do: I kept being her friend and made certain she knew I cared.

During the next few months, I also organized our soccer team and our community members to join a leukemia and lymphoma fundraising walk, a tangible and comfortable way to show support. More than one hundred people joined Jesi in her wheelchair. We created a circle of support that showed Jesi that we were with her every step of the way. We visited her in the hospital with handwritten notes, signs, and jokes. Although initially scared to be with someone with a life-threatening illness, I realized that my sick friend was still the same eleven-year-old defender that I knew so well on the field, the girl who would always laugh at my jokes, and who would always wait for me to fill my water bottle before our games. Even though laughing with her wouldn’t cure the battle inside her body, maybe the laughs strengthened her spirit.

Looking back, I see that initially I had been tempted to give up. Terrified, I might have let my fear take over and avoid taking action. But then I reframed the problem and found a way to do something for Jesi—even if I couldn’t “fix” her—and brought others with me.

Often, when faced with an uncontrollable situation, we shy away from acting, frozen with fear. But we would do better to overcome this fear with a manageable action. Whether such acts help in a big way or not, it is important to try to make a difference and not to let the uncontrollable immobilize us.

I love mankind, I hate the institutions of their forefathers.—Journal, 20 June 1846