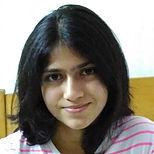 I remember my roommate crying because she couldn’t contact her family in any way; courtesy of the flood that had ravaged her city, the phone lines and signal towers were down. We were students in a boarding school in Bangalore, India; my friend lived in Chennai—a city which had been devastated by torrential rain. I consoled her, since I could partially understand the pain and worry she must have been undergoing. But my sympathy for her stopped there—after all, the flood couldn’t be that dangerous. Her family lived in a high rise apartment, and were well-off, resourceful folks; they would barely be affected by the flood! The phone lines would be fixed soon… Given the amount of help Chennai was receiving from external sources, someone would rectify the issue soon enough.

So I patted my roommate on the back, and told her that everything would be all right. But she wouldn’t believe me—she kept saying she was certain something was wrong, and that there was another, graver reason her parents weren’t contacting her. I was confident that her family was fine, and that they would call shortly enough—and they did. She burst into tears when she heard their voices; I remember sitting on my bed across her, unable to fathom how a merry, lighthearted girl could have such morbid thoughts. I never bothered to wonder how I would respond if placed in such a situation—I remained wrapped up in my own affairs, and ensconced in my own physique.

It was a few weeks later; I had sent my mother three emails that morning, without any response at all. I did the same with my father, but all I received was an eerie silence. I was at school, and therefore didn’t have my phone; throughout the day, I checked my mailbox at random, increasingly shortening intervals. I kept telling myself that it was fruitless to worry—after all, my parents lived a mere two hours away. But my mails to them became almost hysterical—I started begging them to reply, but all to no avail. What frightened me so much was the fact that my mother replied to my mails a few minutes after receiving them, and my father a few seconds.

I hadn’t heard from them in five hours.

I was terrified that something had happened in their locality—but the news picked up nothing of great consequence. I found myself typing my parents’ names into my laptop’s search engine, hoping to ensure that no lasting harm had struck them; but I found nothing. I went to the washroom several times that day to pace and mutter worriedly in the privacy of a cubicle, resisting the urge to dissolve into tears. When I went to the sink to splash water on my throbbing forehead, I saw myself in the mirror; something about my hounded, troubled facade resembled an expression I had witnessed so recently…

And I realized that I was seeing the lines of my roommate’s worry etched across my face. And for the first time, I gained the ability to step out of my body and live from her viewpoint—during the time she was so distraught at losing contact with her family.

I was viewing the world through her eyes.

During that dreadful day, I truly learnt the meaning of empathy: I could finally understand why she hadn’t been able to eat well or take interest in the daily pleasures of life. And she hadn’t heard from her family for a few days, while I hadn’t heard from mine for just a few hours! But I had still experienced the full impact of their inexplicable, terrifying silence, even though there was no calamity that had struck in their vicinity—as had been the case for my roommate’s family. There was an absolute understanding of what she had gone through—just because I had undergone similar trauma myself.

As it turns out, my family’s emails to me had been bouncing back due to momentary glitches in the school’s system; they were perfectly fine, although worried about their inability to contact me. But that didn’t prevent me from breaking down when I finally heard from them—it was such a relief to be at peace again. However, despite the distress I had been put through, a miracle had still occurred that day—when I was able to view the world from the perspective of my roommate, and experience the real meaning of Thoreau’s quotation.

A man can never say of any landscape that he has exhausted it.—Journal, 19 April 1850