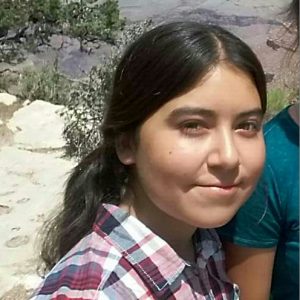 Tijuana is not what I imagine when I think of a hometown. There are no cute quirky buildings, no grassy parks where children can safely romp around, no sense of community. Whenever I think of this city, my city, I always think of crumbling gray walls and the reek of poverty. I see ten year old girls spending their afternoons working in convenience stores rather than playing or doing homework in an effort to gain a few extra pesos for their family. I see the rich and privileged mocking and showing contempt for the people on the streets, thinking them dumb for “choosing this lifestyle.”

And, of course, I remember the orphanage: the little, grimy, concrete shack of a building that housed somewhere around twenty-five equally dirty orphans, their ages ranging anywhere from seventeen years old to six months. I happened upon this underfunded sanctuary when my best friend, Alicia, and I were looking for places to do service hours, and she mentioned that her aunt worked there as a caretaker. Yes, how apathetic of us, choosing to help children for the sole purpose of meeting middle school graduation requirements. I am ashamed to say that the first thing I asked my friend was how many hours we would receive.

However, my selfish motives were left at the door the afternoon I entered the once-colorfully painted building. The floors were made of cracked yellowing tiles, the ceilings covered in peeling paint and adorned by a few wispy cobwebs in the corners. Two kids, no older than ten years old, ran over to me and Alicia and began cheering at the sight of the bags of rice in our hands. My heart broke. Elementary schoolers, babies, the supposedly carefree youths, were singing and dancing over a few pounds of rice. They sighed and stared wistfully as a caretaker took the bags into their food cupboard, but went back to smiling within two seconds and ushered us into their playroom, where the rest of the orphans were currently entertaining themselves.

We walked into a room full of dirty children, some running around with a half-deflated soccer ball, others huddling in little groups in fear of strangers. One older teenager was cradling a baby in her arms, humming slightly. They all wore donated and ill-fitting clothing. A box of crayon stumps and nearly-completed coloring books was currently being raided by a gaggle of toddlers. It was as if someone had taken the picture of a perfect childhood, torn it to pieces, then haphazardly taped it back together with some chunks missing.

I strolled around and talked to the kids. One of them was an eight-year-old girl named Alexa. I met her when she ran over and put her arms around my hips and rested her head on my waist. She forgot my name the instant we introduced ourselves, and refused to let go for a solid five minutes. She was shy but sweet and liked it when I held her hand. Then there was José, the prankster. He wore a denim jacket that was about two sizes two big on him and said FEARLESS on the back in large orange letters. His favorite thing to do seemed to be challenging people to a game of tag, tagging them, then immediately crossing his fingers and saying “Quimis,” the Mexican way of saying that you have created your own “safe zone.” He was endearing and told Alicia and I that even though he was only eleven, he was probably a better soccer player than both of us combined. We believed him.

We ended up receiving a grand total of zero hours due to the fact that we completely forgot to ask the head caretaker to sign our school-distributed volunteer sheets. That was completely fine with me though. I didn’t want hours after all I had witnessed. I didn’t want to use those children as religious cash cows. I wanted their lives to improve. I wanted them to dream of things other than what their next meal would be and I wanted them to wear pants that didn’t hide their shoes because they were too long. I wanted Alexa to be able to read without my help and I wanted José to play soccer outside of that dirty room.

And that is why I am writing this. I am a witness to the miracle of empathy. I write for those who don’t have the ability to write themselves. I live deliberately for those who cannot.

With all your science can you tell how it is and whence it is that light comes into the soul?—Journal, 16 July 1851