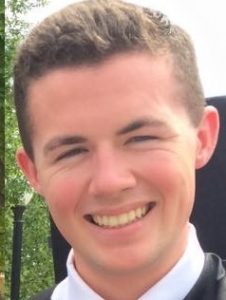 Cultivation is no easy business. I often think about how many, especially young people, have forgotten this truth. The uncomfortable pressure of soil under the fingernails has been replaced with a dull soreness in the thumbs as a result of too much texting. Hours of labor spent tilling fields has been forgotten for hours in front of artificially-lit screens. Of course, physical challenges and manual labor persist into today, but I worry for the modern reader—the naïve high school student, the comfortable undergraduate, or even the casual Thoreauvian—who forgets the exertion, effort, and strain behind Thoreau’s cultivation metaphor.

I worry also that we forget what Thoreau directs us to cultivate. Thoreau has no hesitation in bragging about his bean plants in Walden, and nature is at the center of Thoreau’s life and thought. In cultivating a relationship with nature, humans come to understand Nature, the overarching scheme of existence, and their place in it. Perhaps more pragmatically, Thoreau posits that those who lead an (at least partially) agrarian lifestyle develop a personal ethic of discipline and respect. Additionally, Thoreau saw the American landscape as fertile ground for democratic values. “Civil Disobedience” is an exemplary work that demonstrates what Thoreau wished to cultivate. In short, he desires everyone to be offended by civil violations of human dignity to the point of deliberate disobedience to government.

Turn now to today. Each day, individuals behave irresponsibly towards the Earth, whittling away at the raw beauty of the land that is part of the American heritage. Many people reject truth altogether, instead resigning themselves to the quiet desperation of nihilism. Civilly, our nation is plagued by apathy. On November 8, 2016, only about 58% of the population of eligible voters voted. The rest withered in apathy: apathy towards the continued oppression of women, the great violence of modern policing, and the nation’s embarrassingly cheap treatment of life—from the mother and the child in her womb, to the war-torn soldier, to the desperate refugee. Thoreau would be appalled.

One of the trees in my garden grows taller by the day, as I water it with my thirst for justice and truth. It is my folk music tree. Its roots lie in my love of music—specifically for playing acoustic guitar—as well as my love for all things uniquely American, for history and poetry. This tree satisfies my intrinsic need to empathize, to connect with others. The first part of cultivating the folk music tree is passive. It requires listening, reading, and praying. Often the lyrics of traditional folk songs are well-known, and the melodies are simple. Take for example, Pete Seeger’s “Turn, Turn, Turn,” a song which takes a household passage from the Book of Ecclesiastes and puts it to a beautifully simple melody. While the song is simple, to discern its meaning requires contemplation. The next part of cultivating the folk music tree is active. I learn to play and sing the songs I listen to, to preach their messages of hope and humanity. After that, I share the songs. One of my fondest memories of 2016 was teaching my friend how to sing “If I Had a Hammer” and singing harmony with her. This was a moment of great clarity: I finally understood the power of these songs. In this world, where distractions, deceptions, hatred, and lies drown out the Truth—a melody prevails triumphant.

This, too, is no easy business. I think of the Civil Rights movement during the 1950s and early 1960s, the time of a great folk revival in America. Many young people heard the gospel of dignity and equality that folk songs preached, but the battles of desegregation and the Voting Rights Act were hard won. True cultivation of the folk music tree is social, ethical, and political. True cultivation requires holding yourself and those around you to the standard of ubiquitous Truth contained in our hearts and minds. The apparent impossibility of loving thy enemy, the struggle to show compassion, the often inconvenient and difficult rejection of the moral wrong: these become the toils, the challenges, the battles of cultivating the folk music tree.

Trees grow: they bloom in the spring times of our lives, their leaves let go in our autumns. So, too, with the folk music tree. Its cultivation lies not in the soil of the Earth but in the hearts of women and men everywhere. Love, compassion, and faith are its fruits. Simply, its fruits are those of humanity.

It was not the hero I admired but the reflection from his epaulet or helmet.—Thoreau to H.G.O. Blake, 27 February 1853