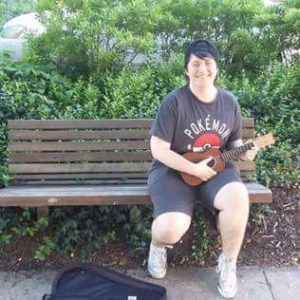 A little girl stood on the center line separating the grade school gym. She looked left, and saw the girls. She looked right, and saw the boys. She was conflicted as to where she should go. The teacher told her to go left, to go to the girls. On the outside she was a girl. But on the inside, she knew, she was a boy.

My first act of defiance against societal “norm” was that day in grade school, when I faltered during gym class, debating to my 10-year- old self about which side of the gym to go on. It seemed like a simple decision: Go on the girls’ side if I were a girl, go on the boys’ side if I were a boy. But up until that day I had questioned every bit of myself. To everyone else, my name was Madilynn. I was a girl who was strange, read a lot of books, and had abstract ideas that not many others had. In my own perception of myself, I couldn’t, wouldn’t see myself as anyone but Matthew. And that day, when I went to the boys’ side in gym and was called to the principal’s office, I began my “narrow and crooked” journey.

As to be expected in this day and age, my gender defiance landed me in some trouble. Children told parents, parents called the school, the school called my family, and made an incredibly large issue out of my attempt to express myself. That backlash, despite the self-hatred it has earned me, has not stopped me on my journey. There have been many times where I thought I should give up, hide what part of Matthew I have with Madilynn’s mask. I knew that wasn’t right, that it was what the world wanted me to do. And, quite frankly, I do not care what the world wants. But as I pick up Madilynn’s mask, I throw it on the ground, trample it, and walk away, leaving it on the floor like a crushed skin of a cicada. Madilynn is no longer who I am. Madilynn was never who I was. I am Matthew, always have, always will be.

This world tries to suppress and oppress me every chance it gets. It makes the process to get my name legally changed like climbing a mountain with no gear. It makes the hormone treatments and surgeries more expensive than the trendiest smartphone. It makes the change of the little “F” to “M” on legal documents feel like I must jump through hoops and find loopholes in the law, just to get that tiny change. I could be angry, I could curse the world and hate life. I instead find peace. Peace? Within injustice?

A boy, older now, stands on the edge of the world. He looks left, he sees the suppression of himself, a choice the world favors. He looks right, he sees the light, the future, the opportunity. Without faltering, he goes right. He goes right without question, without regret, without a single moment to think. He is ready.

I will become great. I will be ready. Eventually, the world will have to be ready, too. And when it is, instead of turning a cold shoulder, I will open my hand to the world, and bring the world with me.

Veias, Menu, Zoroaster, Socrates, Christ, Shakespeare, Swedenborg,—these are some of our astronomers.—A Week on the Concord and Merrimack Rivers