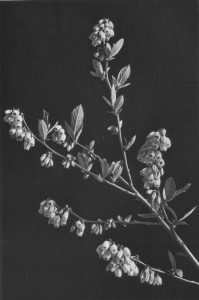 The majority of people probably think that it takes a special type of person to put their fist through drywall, and surely not in the positive sense of the word. For the most part, I think they’re right; yet here I am writing an essay in which I disagree with those people. See, I would argue that all it takes is an ordinary person with the proper mindset.

At around seven thirty in the morning, on February twenty second of my sophomore year, my mom interrupted my morning routine, tears brimming her eyes, to tell me that my best friend Jake had taken his own life the night before. My hair still wet from the morning shower, a cheap plastic comb in my clenched fist, I was delivered the most earth shattering information of my life. My response to this new found pain was to let the comb fall from my grasp, and forcefully drive my fist through our wall. I then attempted to hug my mom while I collapsed to my knees in pain. Nobody knew what Jake was going through, not his parents, his loving brother or sister, or me. If the pressure on teens wasn’t so immense to “fit in” or “be normal,” perhaps Jake would have opened up, or even sought help. I want the world to be a better place for tender souls like Jake to be able to open up and share their darkest thoughts, their painful memories, their greatest fears. I want to live in a world where the darkness never overtakes anyone’s light. Maybe, just maybe, one of these worlds exists, where rather than writing this essay, I’m playing FIFA and eating frozen pizza with Jake.

Before my mom’s words shook my world, before that comb fell from my hand and my fist punctured that wall, I was about as negative a person as one could imagine. I was usually cynical, angry at the world, and too busy battling my own demons in the form of depression and severe anxiety to care about anyone else. But by the time I pulled my hand from that wall and rose from my knees to my feet, the rest of my life had already shifted. Since that day I’ve been different, I still battle grief and pain from the loss of a friend, but I take challenges head on, and do my best to bring those in my life up as I work to improve myself. Some of the changes I’ve made in my own life are on the surface, I eat healthier, speak softer, give compliments, and work toward my goals rather than wasting my time. But the more important changes are beneath the surface, the ones that allow me to alter my perception of myself as well as my perception of others. These changes involve practicing self love and enjoying life, rather than being another grain of sand swept away in the surrounding river of negativity. These internal changes fuel motivation, which in turn fuels change.

My change came in the form of Smiles for Jake, a nonprofit started by some of Jake’s closest friends including myself, which has now funded hundreds of medical treatments for those suffering from mental illness in our community. Smiles for Jake evolved further and is now called The Lighthouse Project, we still fund medical treatment but our primary goal is now to inform people on mental illness and battle the stigma that kept Jake from seeking help. The good of our organization would not have been a possibility if we hadn’t first sought internal change. It was internal change that motivated us, but it was our willpower and passion that changed the world around us. There’s no doubt that the world is still imperfect, but it’s my belief that our world is a better place now than ever before. And as long as people continue to improve themselves and use their passion to do good in the world, there is still hope that no sixteen year old kid will have to put his fist through another wall.

Many a forenoon have I stolen away, preferring to spend thus the most valued part of the day; for I was rich, if not in money, in sunny hours and summer days, and spent them lavishly; nor do I regret that I did not waste more of them in the workshop or the teacher's desk.—Walden