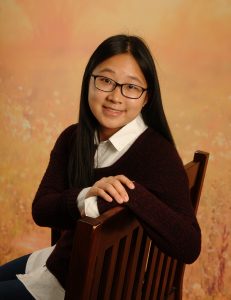 “An Everest of My Own”

At some point, I learned to spot the exact moment when recognition, when anticipation, spread across a teacher’s face as they studied the class roster on the first day of school.

“Bao? As in, Erik Bao’s sister?” A smile, a nod. A mental mountain made out of a molehill, perhaps, and yet it’s always felt more like I was the mole, embarking on a perilous year-long quest to dismantle Everest and build a mole-tastic bounce-castle in its place.

Now, some background is in order: my brother, seven years my elder, lovely human being and pun extraordinaire, is one of my greatest role models. He also just happens to be a valedictorian, an internationally-competitive science whiz kid, and a student at a top medical school. No pressure, right?

Throughout my childhood these two perceived personas performed balancing acts in my mind; when we ran a club from the cubby underneath his bed, he was a prototypical dork, and yet at every possible avenue of comparison he became an impossible, infallible metric. There’s a voice in my head dedicated just to his legacy, and it sounds like if Motivation and Expectation had a single-minded daughter. Erik was placed into the gifted program in third grade–if you aren’t, what does that say about you? Erik made it to Nationals, so you have to get at least that far.

He isn’t the only culprit: certainly my parents, peers, and teachers reveal varying
expectations, and I crave amelioration like I do Shanghai soup dumplings. Yet, his precedent only ever managed to amplify all of the above. This was never intentional, but it’s shaped my life nonetheless.

Thus, a part of me wonders if my pursuit of the humanities is some kind of subconscious maneuver to escape direct comparison. In eighth grade, I was presented with a choice that prompted what is now affectionately(-ish) referred to as my sixth-life crisis. (This is an estimation derived from my general fitness, or lack thereof) At age eight, I’d developed an elaborate life plan spanning college to death, starring a career as a neurosurgeon. This roadmap was formally challenged when, after months of preparation for both a regional short story competition and my first science fair, I realized both events happened on the same day. Since I’d been crafting manuscripts since the second grade, no STEM course had ever enchanted me half as much as the Percy Jackson books did, and my brother had about a dozen science fair titles framed above the piano, I chose Power of the Pen and won first place. The rest is history. And by history, of course I mean years of introspective car rides, fence straddling, and constant, deliberate choices to storm down my own yellow-brick curriculum.

Ultimately, I refuse to spend a lifetime digging out of anyone’s shadow. In the past few years, I’ve plotted a route of my own, far from anyone’s anticipations. It is similarly characterized by academic excellence but features unique back roads and landmarks of mock trial, journalism, and leadership. I’ve shifted my focus from his past accomplishments to my current and future goals.

I will never be certain if my interests are influenced by what he didn’t do, but my passion for humanity and the understanding of it is strong and vibrant. I still grapple with the weight of his success, still struggle in gathering the perspective to realize how much of this comes from impossible expectation I’ve placed upon myself. I don’t know if I’ll ever fully lay any of this to rest. But now more than ever, I also have the confidence and determination to climb out from under his Everest and focus on building my own– one that is lumpy and neon and extraordinary and mine.

Every path but your own is the path of fate. Keep on your own track, then.—Walden