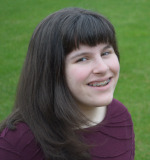 “Guys, can we not use communists in the game? My relatives were killed by them in China.” And with those words, I realized how blind I had been about my friends, people who “fell within the range of (my) visual ray,” but whose personal lives were not within the range of my “intellectual ray.” My middle school, located in a college town, has a diverse student body made up of kids from various socioeconomic and ethnic backgrounds.  Many of my friends, whose parents are professors or students at the college, come from China.  I had not paid much attention to where my friends were from, only focusing on their personalities and their strong desires to do well in school.  Until my friend told us about his relatives being killed in Communist China, I had no idea how dangerous his life was there.  As Henry David Thoreau writes, I didn’t see it because I wasn’t “looking for it“.

Another one of my Chinese friends, returned from a trip to China to visit his family, telling me that he could not complete his homework because he couldn’t access part of the Internet.  This censorship shocked me because, as an American with many freedoms, I did not think that the Internet could be blocked.  Until my intellectual understanding was awakened by my friends bringing them into my view, I saw only “the world I was looking for.”  Now that I know of how different life is in China, I will see life quite differently.

Thoreau’s words about “finding only the world we are looking for” relates to my perception of the image as well.  The first time I saw the image of the items along the shore, I did not see the barbed wire.  In fact, someone else had to point it out me. Then once I saw the wire, it was all I could focus on.  Just like my friends from China who are held back by the Communist country that limits its citizens and its rights, the barbed wire in the picture prevents others from completely seeing, or retrieving, the items on the shore.

My experiences with my friends from China and with the wire in the image are examples of how we do not understand objects, even though we can see them.  We only find the world we are looking for.  Then once we see something through our intellect, we will have a new view from which to look at the item.  At first, I saw only the personalities and work ethics of my friends, many of whom happened to be from China.  Now I see my friends as more than kids who love math and groan at my terrible puns, I see them as friends whose families may not have always had the freedoms I enjoy.  We will only, according to Thoreau, find the world we look for.

Every important worker will report what life there is in him.—Journal, 6 May 1854