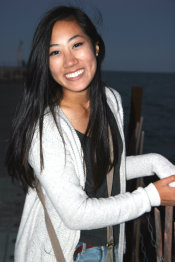 I spent my early childhood believing my father embodied the ultimate superhero, the one that could lock the gaze of the monsters hiding in my closet and make them shrivel in fear, the one that could stop the movement of bullets with a snap of his fingers, the one that fought demons as a side job (just for the pure pleasure of it, of course). After all, this was the same man who ran like the Flash alongside my uneasy pedaling just to keep me from falling the first time I rode a bike without training wheels. He was my safety net, my human band-aid.

Like most children with their parents, I painted his image on the stained glass windows of idolism and whispered the story of his existence like legends among desolate people. A product of patriarchal society and a tough, poverty-stricken neighborhood, his skin was impermeable. Fear could not enter and vulnerability could not escape. Under any means, vulnerability could notescape. He exposed only this one side; he existed in one-dimension.

When I reached adolescence, however, I found his stubborn, unyielding nature to be unbearable at most times; at its worst, comparable to dictatorship. The all too common moody-teen-confused-parent story crept up on us and set us adrift. The aging process strained our relationship. His little girl had grown, and he had difficulty grasping this. But I still held onto that single light view of him. I still saw him as distant and otherworldly, but this came with teenage angst rather than childlike admiration.

The first and only time I ever saw my father cry occurred on a summer day following my eighth grade year. We went to go pay respects to his father, who had died years before I or my brother had existed and years before my parents first met. My father, brother, and I sat before a faded, black and white picture of a handsome yet stern-looking young man, my grandfather. As we plastered our hands together and began to pray, my father’s voice began to crumble like sand castles against high tides.. Sorrow solemnly swelled up in his stone cold eyes, and I saw how hard he tried to rope the tears down, but it was like praying for drought to stop monsoons. I didn’t know how to react. Instead, I just watched as my father hung up his superhero cape and climbed down from that high pedestal I had placed him on. The demons he fought were not supernatural; they were his own. His stone skin peeled away and unveiled a distraught little boy. How could I be so cold as to not feel for him?

That day, I realized my father was not immortal, not divine, not some totalitarian regime. My father was human, just as we all are. We are faulty, we are multidimensional. Henry David Thoreau once said in Journal: “Many an object is not seen, though it falls within the range of our visual ray, because it does not come within the range of our intellectual ray, i.e., we are not looking for it.” If we choose to see what we want to see, we create this fence that stops us from widening our intellectual spectrum. This fence we choose to surround ourselves, whether conscious of it or not, prevents humanity from progressing due to our black or white view of people; it prevents us from empathizing with one another. Why must we subject ourselves and others to one visual light when there are a plethora of wavelengths? Throughout Walden and his other writings, it is more than evident that Thoreau yearned for the truth: “Rather than love, than money, than fame, give me truth.” In order to advance, we must seek to find the truth in other people. We must look at people not with our eyes that create filters of glorification or disdain; we must observe people from all angles. This, I believe, will allow us to finally understand humanity for what it is: flawed but vastly colorful.

A familiar name cannot make a man less strange to me.—Journal, 21 May 1851