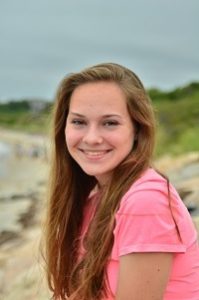 My cross country coach writes in bold at the bottom of the packet he hands out before each summer, “It’s all about the minutes”. The packet is a calendar with the number of minutes you should run each day in order to prepare for the season. For three years, I religiously followed the packet, wearing a watch every run and turning up my ipod to distract myself from the monotony of a mandatory thirty minutes. For three years, I had also been running the same times in races.

The summer before my senior year, though, disaster struck. I dropped my precious watch and the clasp broke. I had no way to time my runs. How would I prepare for the season? How would I know what was thirty minutes and what was only twenty?

Warily, the first day of summer, combating an exhausting cold, I went for a run. Afraid of the judgement of others on the town bike path, I took to the woods. At first, I felt alright. I knew I was out of shape because I hadn’t run in a few months, but I was able to jog at what I thought was a good clip for a while.

Then, as I crested the hill near the punch bowl in the middle of the woods, my ipod lost the signal of the radio station I was listening to. I was hit by a wave of exhaustion like no other. Without music to spur me on, I had no choice but to walk.

I was mad at myself, disappointed not to start my training off with a good run. In my world of self-hatred, I did not notice until it was too late that I had stepped on something. It was a discarded pair of jeans. I looked over to see a father playing with his daughter in the pond. They were preparing to clamber out of the water and up to the rope swing. I smiled at them, remembering enjoying the same activity with my own family years before. Back then, we would pack a lunch, put on our bathing suits, grab a couple of towels, and make the trek to the pond.

I walked on, meeting a dog that bounded towards me. I scratched behind its ears, reminded of how much my grandparents dog used to scare me. I thought of the truce we had formed once he was no longer twice my size, and my sadness when he passed away the year before.

At that point, I was at the end of the path, headed towards the parking lot. I decided to turn around, though, and walk another loop. I figured I might as well get a little more exercise in, even if I was not running.

On my second loop, I took the earbuds out of my ears. I looked at the trees instead of the ground in front of me. I breathed in the earthy scents and thought how lucky I was to have access to such a beautiful place. Even though my legs no longer ached, I kept walking.

In that moment, I realized that for three years I had been missing out on the beauty around me. All I looked at was my watch, and all I wanted to see was the right number blinking up at me from that screen. I may have gained a lot of stamina from pushing myself to get to that number, but I did not enjoy the experience as much as I thought. Reaching a goal is uplifting in its own right, but life is not just constructing a list of accomplishments. Life is what happens in between those goals.

I never bought a new watch, and I don’t regret that decision. My final cross country season was my best ever. Now, when I run, I see the world around me. I appreciate the beauty of nature and my own experiences, when all I used to appreciate was being done. Instead of anticipating a run so I could watch the seconds tick by, I am excited to see the look of the sun on the trees, or stumble over a pair of pants, left on the ground in favor of a bathing suit.

It’s all about the minutes may be a good motto for races. Human experience, on the other hand, is not about time. It is about being a participant in the world around you.

But it is not so easy a thing to sympathize with another, though you may have the best disposition to do it.—Thoreau to H.G.O. Blake, 1 January 1859