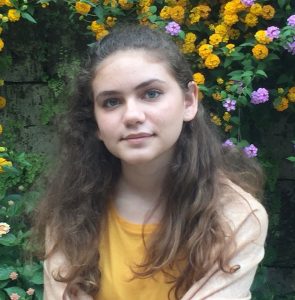 The effects of climate change seem like a nebulous apocalyptic vision until you witness them firsthand. The extreme weather, droughts, wildfires and general environmental catastrophe appear to be ripped straight out of a pessimistic speculative fiction novel. Then, in 2017, we had two category 4-5 hurricanes in one month.

I’m from Puerto Rico, a small tropical island smack-dab in the middle of the Atlantic. Due to our warm waters, September through November is always hurricane season, and, in 2017, we had two hurricanes: Hurricane Irma and Hurricane Maria. Irma barely grazed the north of the island, but Maria cut us in two, a diagonal slash that left ruin in the wake of its destructive course. My house flooded. We lacked cell phone signal for several days; water, for several weeks, and electricity, for several months. Life in the first weeks after the hurricane was a string of humid and miserable days, and my family didn’t even have it that bad. Our house was made of cement; we had a small generator. Other people lost their homes and all their belongings. I have friends who lost family members and friends who were forced to leave. Today, more than a year after the fact, Maria remains a gaping wound here. Puerto Rico still hasn’t fully recovered.

The rise of temperatures around the globe and natural disasters such as Hurricane Maria are closely linked. Hurricanes are, essentially, Earth’s cooling mechanism, and the fact that two storms which were thought to be “once-in-a-lifetime” happened one right after the other [didn’t] spur world governments into action is maddening. Humanity is stumbling towards its own destruction, and seeing it happen fills me with rage and helplessness. The expectation that global warming can be stopped by individual consumer choices is ludicrous—at this point, slowing it down takes the radical dismantling of our unsustainable way of living. However, this doesn’t mean that we can’t try to put in our grain of salt.

My goal this year is to live a more environmentally-friendly life. I’m starting by trying to produce less waste. I’m minimizing my use of disposable dishes and cutlery. Secondly, I’m trying to recycle where I can. I’ve put empty plastic bottles I’ve bought when I’m out in my bag to recycle at home. I’m trying to curb my over-reliance on the air conditioner when I’m in my house.  Furthermore, I hope to volunteer with local organizations that help the environment, a commitment I wish to strengthen in the coming years.

I’m not made for science, but I’ve realized that research is only half the battle. Thoroughly researched climate reports haven’t caused any major policy changes, and, no matter how much research you present to them, some people are so obstinate they’ll disbelieve everything. That’s why I believe in advocacy through art. Art has a way of making people sympathize with experiences which are completely unlike their own in a way that cold, hard facts can’t. Whether it’s via a hyper-realistic virtual-reality cautionary vision of a ravaged Earth or a children’s movie with a gentle environmental message, I’d like to harness my passion for telling visual stories to inspire people to take care of our natural resources.

The task of saving the planet is monumental, too monumental for only one person. However, Henry David Thoreau said, “What is the use of a house if you haven’t a tolerable planet to put it on?” If a sustainable future is the house, then I’d like to grade the ground.

Men talk to me about society as if I had none and they had some, as if it were only to be got by going to the sociable or to Boston.—Journal, 27 March 1857