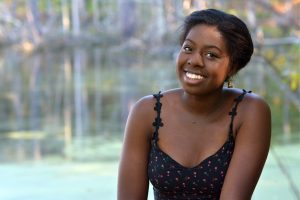 In Jasmina Dervisevic-Cesic’s autobiography The River Runs Salt Runs Sweet, Jasmina depicts the devolution of Visegrad, her home town, into the Bosnian War of 1992. At the beginning of her book, Jasmina tells tales of swimming competitions, social cafes, and a community that loved each other regardless of gender, religion, or ethnicity. Jasmina’s descriptions of Visegrad’s initial peace make its slow descent into hate and extremism all the more confusing. Jasmina introduces her readers to children that grew up as friends, but eventually turn against each other to perpetuate hostilities forged long before they were born. At the beginning of her book, Jasmina, seventeen and in love, worried about dances and graduation and her future with Suljo, her betrothed. By the end of her novel, she had lost an arm, two brothers, her husband, and an innocence that will never be restored. Jasmina writes: “The killing went on and on. Perhaps reading of this is numbing. Certainly we were numbed by it.” (Dervisevic-Cesic, Page 122)

The River Runs Salt Runs Sweet is excellently written, and Jasmina conveys her message beautifully. However, there were several times during this novel that I desperately wanted to stop reading. Jasmina describes horrific rape, ruthless killings, and physical and emotional trauma that no one, especially children, should have to endure. Throughout her book, Jasmina’s tone is matter-of-fact as she details her experiences and the experiences of her loved ones. She coolly describes loss that I will most likely never understand or experience because loss of that magnitude has yet to touch my life. Before the Bosnian War reached Visegrad, Jasmina was the age that I am now. Thus, I could relate to most of her issues: she resisted the instructions of her parents and worried about boys, school, friends, and her social life. Then, as the war worsened, Jasmina began describing acute fear and anguish of which I cannot even begin to imagine: fear pushed her towards adulthood too quickly.

I moved to the United States when I was six years old. To my parents, the United States symbolized opportunity, wealth, and (most importantly) safety. I have lived these past eleven years in the U.S. without any significant conflict or threat to my life. War, to me, is distant. When I turn on the news, I hear other people’s tragedies being quantified, considered, and subsequently archived. This is because, in the United States, war is a topic that is often glamorized or glossed over. War is reduced to a smear of blood on a ‘Call of Duty’ campaign, or a casualty count at the corner of a news screen. I have lived these past eleven years in America with an impersonal definition of war: guns, death, and a clear division of right and wrong, good and bad. I had never been exposed to the details of war because I have never seen it and I have never heard it. Before I read Jasmina’s book, war was distant, and thus unimportant to me.

The River Runs Salt Runs Sweet is just one account of the horrors of war, and there are many other autobiographies like it. However, as I read about peacetime in Visegrad, the compassion between the town’s inhabitants reminded me of home. As I read about Jasmina’s happy childhood, several aspects of her life before the war mirrored mine. As the Bosnian War worsened, Jasmina’s novel provided me context to the war, something I’d lacked previously. With each page I turned, Jasmina made her reality my reality, sharing with me the personalities of her family members, her husband and her friends. Thus, when they died, I was able to weep and grieve along with her. Without her book, my distance from the Bosnian conflict would have trivialized their deaths, making them tally marks on an expansive death toll. I know that reading about war is a far cry from living it, and I believe that one can ever truly understand another’s experience until they have experienced it themselves. But, by sharing her story, Jasmina allowed me to look through her eyes for an instant, and showed me that war means strength in the face of extreme tragedy.

All questions rely on the present for their solution. Time measures nothing but itself.—A Week on the Concord and Merrimack Rivers