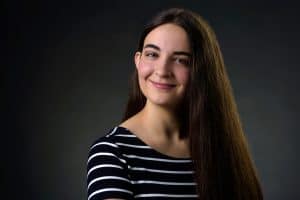 Our society’s natural legacy is a pile of dirty dishes in the sink.

People stand in the kitchen arguing about it. One declares that he’s only responsible for two or three of the dishes, a tiny fraction of the whole. Another claims she hasn’t used a plate since last Thursday, and besides, she encouraged people to wash dishes when she was younger. More join them. The volume grows. Between the people denying they’re to blame and those shouting that the natural trend of dishes is to eventually wash themselves, no one can hear the voices of the brave few who are actually scrubbing plates.

Echoing over the hubbub comes the trumpeting of television and radio advertisements, as flyers pour merrily through the slot in the front door. Each one asks the same thing: “Dirty dishes? What’s the problem? Why not just buy more?”

The truth of the matter is this: while groups of people are good at situation-specific empathy, we are very bad at long-term attention to big problems. We’ll donate thousands to a family struggling to pay their medical bills. Our hearts will go out to a koala displaced by a wildfire. But when a problem (like the one that caused the wildfire) has been growing for almost a century, the trend is not toward action but neglect. If the climate crisis is allowed to continue, we will leave behind a mountain of dirty dishes and a natural legacy of indifference.

What does indifference mean? It means that we allow the destruction of the “the black birches that grew on the hill near by,” and indeed, never notice them until they’re being carted away. Indifference means that future generations will grow up in a world full of old deeds, with billions of data points at their fingertips, yet without a single tree anywhere to be seen.

As young people, my peers and I feel the lack already. Many of us bristle at the rueful pronouncement by our elders, “Well, we made a mess of it, but that’s a problem for you kids to deal with.” Our society has not only used up our inherited freedom, but we are also mindlessly devouring that of the future—sitting in repose, eating our children’s opportunities like potato chips. Young people see the pile of dirty dishes teetering over us. To save our lives, we are ready to fight.

The first step in that battle is combating apathy. Local environmental groups break the problem down into manageable steps with trash pickup days, recycling education, fundraising runs, anti-littering campaigns, and more. Climate change activists like Greta Thunberg, Xiye Bastida, and Licypriya Kangujam personify the issues and mobilize for change. The effort for attention and action happens over the dinner table and on the international stage. No part is too small to make a difference.

The next step is dismantling the systems that beget indifference. For-profit corporations almost invariably strive for more profit, regardless of the cost to the environment and the future. Those with the time and resources to think past tomorrow can purchase intentionally. We can protest. We can work and vote for politicians who resist corporate lobbying groups and who pass environmental regulations, and we can vote out the ones who neglect their responsibility to the future of our nation and our world.

The role of young people in these processes cannot be understated. After all, we haven’t yet lost the momentum of our hope to the gradual friction of helplessness and exhaustion. That hope is our best weapon against indifference; we carry it with us as we take action, command leadership, and speak out. Through our passion, we can remind our parents and grandparents of the optimism and indignation they nurtured when they were young.

One person alone can’t ensure a peaceful and verdant world for future generations. However, I personally can be mindful of my natural trend towards indifference. I can read about important issues and listen to scientists. I can lend hope and momentum to those around me; I can continue to donate and volunteer. I can and will speak up about the natural places important to me and I’ll raise a fuss—a loud fuss, an effective fuss, an intersectional and intergenerational fuss—when those places are threatened.

“It is not an era of repose,” as Thoreau wrote, but one of purpose. It’s time to speak loudly and tread softly on the earth. It’s time to wash some dishes that aren’t ours.

It is only when we forget all our learning that we begin to know.—Journal, 4 October 1859