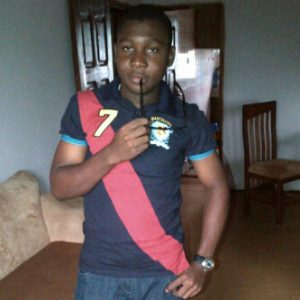 I wasn’t always an enthusiast of traveling. I saw traveling as an unnecessary venture which merely compelled travelers to live awkward lives. Growing up in fact, I never went past the boundaries of my hometown. This however changed sometime during the 2012 summer holiday when I felt choked by my immediate environment. I wanted a fresh breath of life much as I yearn to meet new people, interact with new cultures and see new worlds. Like Thoreau, I wanted to experience my own ‘Walden’ and live deliberately. I therefore prepared for a voyage to a rather unusual destination (Northern Nigeria) – unusual as it was then engulfed in security crisis. But I remain resolute. Thoreau after all was not perturbed by the solitude and insecurity of the wilderness.

I set sail from a car park in a luxurious bus whose initial aura enchanted me – comfortably-seated passengers, cool atmosphere and enlivening scents. I imagined I was in for one of those fanciful journeys the narrative of which causes readers to wish, in near eternity, for similar escapades. Unfolding events however played a different one on me.

At various stops after the park, attachment passengers joined in till the whole bus became crowded and stuffy. People everywhere! I constantly felt heavy pressure on my right shoulder. It’s the man standing just beside me leaning intensely on me as he either slumbers or loses balance. He was one of the many ‘attachments’ who stood. Some managed to sit on the bare floor. Others, not so lucky, hung onto iron bars for the about 18-hour journey. It dawned on me that my seat was a luxury.

As the bus covered several distances into my destination, I was immediately amused by the infrastructure. It was by no means exceptional. It did however ridicule my preconception. I had, like many, thought my destination to be a jungle, more like the state of nature described by Hobbes – poor, nasty, brutish and solitary. So I couldn’t conceal an illuminated expression of wonder seeing good roads, smiling faces, a relatively stable energy presence and the entire topography – vast land, enormous plantations and humble farmers constituting the source of a country’s daily nourishment.

I arrived in Katsina and made for an abode. My sight rested on the almajiris; humble child-beggars aged 4 to 16 who lead unusual lives and survive in a rather crude manner. The almajiris, at dawn, move out in groups treading every passable terrain scavenging for edibles with which to satiate their famished tummy. They, daily, march in throngs in quest of that which to quote Thoreau is ‘so important to human life that few, if any, whether from savageness or poverty or philosophy, ever attempt to do without…’ Their clothes, nay rags, barely cover their emaciating, rash-pervaded bodies. With mucous-filled nostrils, they anxiously inspect garbage and swarm around remnants. With germ-ridden bowls on the one hand and the other hand stretched out, they rush at passers-by on streets and motorists in traffic, known and unknown, for whatever they could possibly obtain. Anything, any amount! The almajiris do just anything to survive.

I think about the almajiris. Rather than see waste of human resources, I see enormous potentials. I refuse to measure their humanity or destiny by the bowls in their hands or the rags on their bodies. Among them perhaps are future political leaders and business moguls. No one could tell for certain what their future holds. Many icons have emerged from humble backgrounds. Talk of Barack Obama, a young Kenyan boy from the tribe of Luo who daily carried his grandmother’s sacks to and from the farm sitting at the helms of affairs of the world’s most powerful nation as their 44th President. Within my short stay on earth, I have also seen from experience the son of low-income civil servants become a millionaire whilst still in his twenties. I have conversely seen men who inherited enormous wealth squander it into poverty.

I got to my turbid lodge and reclined on a fragile chair there. I remember again the attachment passengers and the almajiris. My choice of a deliberate life and the consequent sojourn had caused me to see through their eyes – their distress and struggles, their urge to survive in the midst of nothing and their suppressed hope of a better tomorrow. It was then that I felt a unique splendor of the ‘greater miracle’ expressed by Thoreau – the miracle of empathy, humanity, optimism, true understanding and appreciation of nature’s uncommon privileges.

Age is no better, hardly so well, qualified for an instructor as youth, for it has not profited so much as it has lost. — Walden—Walden