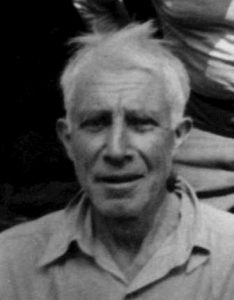 Richard Bartlett Gregg was born in Colorado Springs, Colorado in 1885 to James Gregg, a Harvard educated pastor, and his wife Mary Gregg. Gregg received his early education at Cutler Academy in Colorado Springs, and then attended Harvard College, followed by Harvard Law. Following his graduation from law school in 1911 Gregg worked as an attorney for several years, particularly in the field of personnel management and industrial psychology. Unsatisfied with this work, Gregg accepted a series of labor relations positions within the government during World War I. After the war Gregg gave up the law altogether to work in public relations for a national railway workers’ union. During his tenure at the railway union Gregg actively participated in the bitter and violent railways strikes of the early 1920s, which involved over 400,000 workers. By the end of the strikes Gregg had lost his job, and the railways claimed a near complete victory over their workers.

Gregg later recalled that at the most bitter moment of the strike he happened across the writings of Gandhi in a Chicago bookstore. Struck by the contrast between the violence he witnessed, and the ideas he read, Gregg decided to leave the U.S. to study with Gandhi. Gregg lived and studied in India for four years, 1925-1929. He returned to the United States determined to spread understanding and application of Gandhi’s non-violent methods to Western pacifists. To that end, in 1935, he published The Power of Nonviolence, which was the first of its kind, an attempt to translate Gandhian nonviolence into terms acceptable and comprehensible to the West. Critics hailed the book and enthusiastically named it the “bible” of the pacifist movement.

The book garnered Gregg significant prominence in the pacifist movement, both in the United States, and Britain. Gregg, however, did not capitalize on his newly found fame to secure a high ranking position in pacifist organizations. His time in India had suggested other paths. Gregg found himself interested in Gandhi’s conceptions of simple living, village industry, and decentralization as much as his ideas about non-violence. Ultimately Gregg concluded that pacifism and simple living were intimately intertwined. During the late 1930s Gregg took up organic farming, first in Pennsylvania, then later in Vermont and New York. He dedicated the rest of his life to simple living, and a more circumscribed, locally based activism, particularly within the Civil Rights movement.

The question is not what you look at, but what you see.—Journal, 5 August 1851