RSVPs not required, but encouraged by calling 781-259-4707 or contacting the Walden Woods Project’s Education Department

Emerson said, “Eloquence is the power to translate a truth into language perfectly intelligible to the person to whom you speak.” That is the role of a good translator.  And for anyone who has read a work in translation knows: translation matters.

The Walden Woods Project brings together a unique panel of international translators who have one common goal: bringing Thoreau’s words to a new audience.

The panelists will have a conversation about why they chose Thoreau, how they try to understand and interpret a text not only for a different language but often for a very different culture, and how they bring the subtleties and nuances of one language into another. The panel, which is part of the annual Concord Festival of Authors, will be moderated by Jeffrey S. Cramer, the Walden Woods Project’s Curator of Collections for the Thoreau Institute Library. 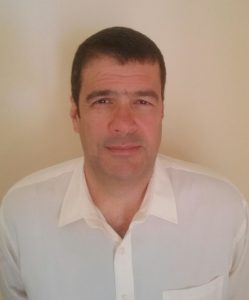 Clodomir de Andrade was born and grew up in Rio, Brazil. Floresta da Tijuca, the world’s largest urban forest—where he started reading Thoreau—was actually his backyard. He has studied Philosophy in Brazil, Britain and India. He holds a Ph.D. in Philosophy and is currently a Philosophy professor at the Department of Religious Studies, Universidade Federal de Juiz de Fora, Brazil.

He teaches Buddhism, Philosophy of Nature and Greek Philosophy and has published a bit on those themes. He loves reading, playing the guitar and walking in the High Altitude Atlantic Rainforest, where he lives with his wife and daughter. Right now I am working on two books: Thoreau’s pedagogy of awakening and Inconceivable Dharma, and translating Thoreau into Portuguese for a reader called “Caminhando com Thoreau” (Walking with Thoreau). 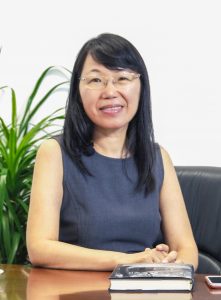 Julia Xianju Du is an author, translator, and software professional. She graduated from Peking University in Beijing, China; studied Jewish history and Israeli politics at Oxford; and earned her doctorate at Brandeis University. Her writing and translating fall into two categories. One closely related to her academic training in history, international relations and Middle Eastern politics; the other literary, out of her passion for literature and humanities. Her book, A Literary Tour Around New England, was published in 2015, a testament to her adaptation of New England (where she has lived since the 1990’s) as her home, not just physically, but spiritually as well.

Dr. Du’s interest in Walden began with her frequent visits to the Pond and with a discussion group on a Chinese Forum Chinese News Digest (CND). A Chinese publisher obtained the copyright of Walden: The Fully Annotated Edition from Yale University Press and approached her about translating it into Chinese. The translation came out in 2015 to critical acclaim. The book was reprinted four times within the first eight months. A paperback is expected to come out later this year. 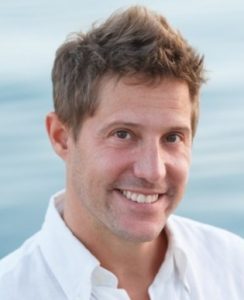 Ernesto Estrella is a translator, poet, and musician who was born in Granada and lived in New York between 2000-2012. He completed his Ph.D. at Columbia University, and between 2007 and 2011 he was Assistant Professor of Contemporary Poetry in Yale University’s Spanish and Portuguese department. Estrella has authored several books and articles on Poetic Theory and Criticism, and he is also responsible for the most recent and comprehensive Spanish translation of Thoreau’s Journal. Now based part-time in Berlin, he has been teaching seminars on “Ethics, Politics, and Performativity of the Arts” at Potsdam University.

In 2015 he launched The Voice Observatory, a Berlin’s Senate funded laboratory of investigation that offers regular seminars, workshops and performances related to the voice in its acoustic, communicative, performative, and socio-political dimensions. In the Spring of 2016, he founded the Nomadic School of the Senses, where he serves as director.

Jan Hokeš is a freelance translator and English teacher. He first became aware of Thoreau in 1992, when he read an article called “The Philosopher of Walden Pond” in a Czech woodcraft magazine. A few years later he read Walden, which inspired him significantly. In 1998, while working in Sequoia National Park, California, he visited Walden Pond for the first time.

Ten years later he approached Czech publisher, Paseka, about publishing translations of Thoreau besides Walden. That resulted in three Thoreau books (Excursions, The Maine Woods, and Civil Disobedience and Other Essays) and one by John Muir (My First Summer in the Sierra) translated into Czech. In 2011, his translation of Thoreau’s Excursions won an award as part of the Josef Jungmann Awards from the Czech Literary Translators Guild.  At present, he is working on selecting extracts from Thoreau’s journals for translation, a project he created with the late Milan Macháček (1961–2017), a renowned Czech book editor. The volume will be published by Paseka in the winter of 2018. 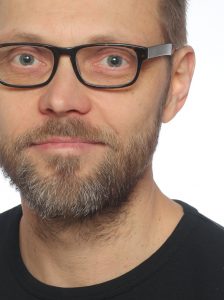 Antti Immonen is a Finnish journalist and translator. Immonen studied in the University of Helsinki, and has a Master’s degree in theoretical philosophy. He has been an active member on the editorial board of the major Finnish philosophical journal Niin & näin, and has translated and edited multiple titles for the journal’s book series. He has also translated into Finnish several books by Thoreau, including Walden.

In addition to literature, horticulture and hiking in nature, he is especially interested in environmental issues and sustainable living. In a Thoreauvian spirit, he lives in a self-built log house by a small lake near Helsinki, Finland’s capital, with his wife and two daughters. He loves long walks in the nearby forest and gardening.